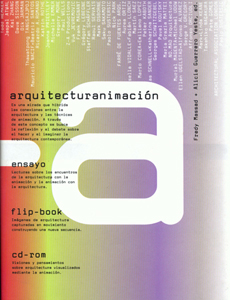 STUDIO 1032 submitted a chapter: Architecture Process and Animation and film (TANGENTS) to this international anthology of essays on the role of animation in architecture.

The study of architecture has a strong relationship with the process of animation. Each deals with a visual product that is experienced by a perceiver. Each deals with design, both two-dimensional and three-dimensional. Each deals with a process of production that relies heavily on drawing. In both there is the process of virtual conception that is realized in a physical manifestation. In film, the perceiver is static and the image moves; in architecture, the image is static and the perceiver moves. Each is an art form of expression and experience. The design process incorporates complexities into an imaginative vision in which the projected experiential outcome is recorded in a frozen two-dimensional format. Both architecture and animation communicate process in their final production. Animation activates the intuitive with the rational in a simultaneous portrayal of thinking and exploring. The creative process of architecture and animation is a vital dialogue between static documentation and active participation in the birth of an idea.