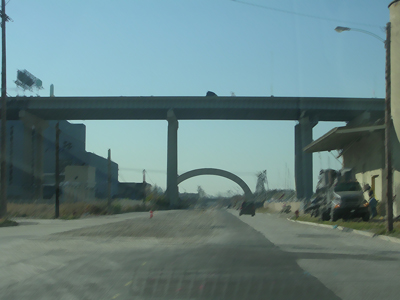 Down in the Valley

The Menomonee Valley in Milwaukee, WI , a natural lowland, inspired the name “the gathering of waters” . It’s long peninsula and promontory supported the combustive growth of the city- first with river, then canal trade, then railroads supplied stockyards, slaughterhouses, and industry. The lowlying marshes and wetlands of the valley became a version of Upton Sinclair’s jungle, bifurcating the growth and classes of the city. In the 20th century the valley became a brownfield with vacant stretches inhabited only with rusty iron, concrete, asphalt and a vacancy of housing, jobs, and healthy environment.
The 21st century holds new promise with collaborative visions for a sustainable future in the greening of the valley. This catalytic film shows the history of the valley and its promise to the city of Milwaukee for the future.
(completion 2007)